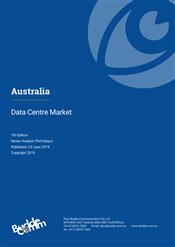 Australia has progressed to now be one of the four major sub-markets for data centres in Asia alongside Singapore, Hong Kong and Japan.

As data centres become larger and more efficient, new data centres are generally being built in centralised areas, mainly in the larger cities of Sydney and Melbourne, in order to achieve the required economies of scale. Both cities have developed to become regional hubs for large enterprises across a range of industries.

The growing presence of international cloud providers has also been particularly strong over the last three years. A growing trend is for these large public cloud providers to lease large amounts of floor space from specialist data centre providers located in Australia and operate their own data centres within these facilities.

A large amount of data centre capacity has been added over the last one or two years in Australia. This has led to lower than average occupancy rates in the short-term and is placing downward pressure on pricing.

Strong growth is predicted to continue over the next five years to 2024.

Recent growth in South East Asia has been driven by the international expansion of mainland Chinese players and cloud service providers in Asia, and strong migration to outsourced data centres by enterprises pursuing a hybrid cloud strategy. Australia is the leading adopter of hybrid and provide cloud solutions across South East Asia. Other advanced countries such as Singapore and Hong Kong are now following in their path.

Companied covered in this report include: